Review copy from the author

Painted Vessels is a sweeping saga encompassing the life journey of Eli and Ada. The writing is very narrative, and I liked how we were told the story from so many view points. There were many characters, and some I lost track of, but it was interesting to get to see a scene from the various perspectives. I think it would have been helpful to have had something like a character index so the reader could reference that with so many character-pov-switches but even without that, I was able to figure out who was who. It was easy to feel for, and connect to the two central characters, Eli and Ada. And so encouraging to see how they changed and grew as their story continued on. The Caravan members were so wonderful as well. I loved how integral they were to Eli and Ada’s life journey. They were all so caring, thoughtful, and a godly example.One thing that confused me a little was the frequent jumping of time spans – it was basically a split-time-line novel, but the different times weren’t differentiated/specified at the beginning of each chapter so I was sometimes a little confused at first but eventually would figure out what time the story was talking about.I think what I loved best about this book is how clearly the author’s heart was poured out into the pages. It feels like a true honor to read a book when that happens – like you’re holding something very precious to the author. I don’t take that for granted <3 There were many truths woven into Painted Vessels, and the ending was so beautiful. I am excited to start the next book, Fractured Vessels!

*I received a complimentary copy of the book from the author. I was not required to write a positive review.

“The Indebted Earl” but Erica Vetsch

Book Three in the Serendipity and Secrets Series

Can Captain Wyvern keep his new marriage of convenience all business–or will it turn into something more?

Captain Charles Wyvern owes a great debt to the man who saved his life–especially since Major Richardson lost his own life in the process. The best way to honor that hero’s dying wish is for Wyvern to escort the man’s grieving fiance and mother safely to a new cottage home by the sea. But along the way, he learns of another obligation that has fallen on his shoulders: his uncle has died and the captain is now the Earl of Rothwell.

When he and the ladies arrive at his new manor house in Devon, they discover an estate in need of a leader and a gaggle of girls, all wards of the former earl. War the new earl knows; young ladies and properties he does not. Still wishing to provide for the bereaved Lady Sophia Haverly, Charles proposes a marriage of convenience.

Sophie is surprised to find she isn’t opposed to the idea. It will help her care for her betrothed’s elderly mother, and she’s already fallen in love with the wayward girls on the Rothwell estate. This alliance is a chance to repay the captain who has done so much for her care, as well as divert her attention from her grief. When Wyvern returns to his sea commission, she’ll stay behind to oversee his property and wards.

It sounds so simple. Until the stalwart captain is arrested on suspicion of smuggling, and Sophie realizes how much he’s come to mean to her. Now she’ll have to learn to fight, not only for his freedom but also for his love.

Erica Vetsch has quickly become one of the authors that I want to keep at the top of my list!

This series has been utterly marvelous, and I loved having the chance to read this third book. It didn’t disappoint in the least <3 The characters were lovely, and I easily became attached to them. Yes, the beginning was a bit sad because Sophie’s fiance’ dies (not a spoiler XD), but how the whole novel progressed was beautifully done.

The Captain was great. I definitely loved him, and Sophie was fantastic, and the three little girls who became the Captain’s wards were darling!! I especially loved Thea; she was hysterical and so full of character.The plot was engaging as well; I’m always in for a marriage of convenience story, seriously. This series has been wonderful for that aspect. Each story has been unique and exceptional.

And in “The Indebted Earl” we got to see Marcus from “The Gentleman Spy” a few times, which I looooved. Marcus was a favorite hero of mine so I wasn’t complaining to have him back. ;)If you like Regency Romance, don’t miss the Serendipity and Secrets series!

Erica Vetsch is a New York Times best-selling and ACFW Carol Award–winning author. She is a transplanted Kansan now living in Minnesota with her husband, who she claims is both her total opposite and soul mate.

Vetsch loves Jesus, history, romance, and sports. When she’s not writing fiction, she’s planning her next trip to a history museum and cheering on her Kansas Jayhawks and New Zealand All Blacks.

A self-described history geek, she has been planning her first research trip to England.

There’s a fun giveaway apart of this tour, so make sure to visit this LINK to enter!!

Review copy from the publishers as apart of I Read With Audra Tours. I was not required to write a positive review.

Former FBI Special Agent Jack Tanner is working as a detective in Montana when he comes across a body in the national forest during a search and rescue mission. He’s committed to finding the killer, even if it means working alongside his old flame, US Forest Service Special Agent Terra Connors.

When Terra discovers that the murder victim had ties to a powerful and dangerous trafficker of archaeological artifacts, the investigation takes a deadly turn–one that hits too close to home. As Terra fears she lacks the courage to face what comes next, Jack is more determined than ever to protect her. But he’s failed her before. And if he fails this time, it will cost them far more than just their hearts.

Join bestselling and award-winning author Elizabeth Goddard as she plunges you into a web of deceit made of hidden crimes, open threats, and long-buried family secrets in this gripping first book of an explosive new series.

Every so often, I get a craving for a good suspense fiction title and this one certainly fit that bill! Present Danger was extremely well written, with lots of turns and twists you don’t see coming – especially at the end! I loved seeing how everything connected, and worked together. I hadn’t read any books by this author previously, but I am most excited to continue now.

The plot was superb, and the characters were really well constructed, and I enjoyed seeing how they progressed and grew throughout the novel.The pace of the novel was great, and every page left you ready to flip to the next without delay. It was exciting, dangerous, and compelling, and I look forward to reading the next book in the series!

The only thing that I would’ve liked to see more was the faith content – it was pretty weakly interspersed, not a major theme. The characters were shown crying out to God in prayer a couple times, but it wasn’t so much of an integral part of the story. Otherwise, as I said, this was an excellently written novel, and I recommend for fans of clean suspense!

*I received a copy of the book from the publishers as apart of the launch team. I was not required to write a positive review.

“Facing the Dawn” by Cynthia Ruchti

Mara Jacobs does her best to hold everything together, despite three detention-prone kids, an unrewarding job, never-ending chores, and a husband thousands of miles away. After a shocking loss, she must lean on those around her to find her way to healing and renewed faith.

This was definitely one of those books you experience, rather than so much as read. It’s hard to explain, and I’m not really certain how to write a review that could do the book justice. For the majority of the book, I would sum it up as being ‘sad’. And it is. But there is also light carefully woven into the threads of the novel, threads that grow stronger towards the end. Oh and the ending was utterly beautiful. That, I think, may have been my favorite part – those last two chapters.

Facing the Dawn is a very real, raw story. The grief experienced by Mara, and the other characters as well, was down right palpable. At times it was heavy, and you could absolutely feel the exhaustion it caused the characters.I wouldn’t have a hard time believing if each one of these characters were real people, the novel came across that realistic.

I loved Mara’s friends, Ashlee and Sol. They were amazing support for the entire Jacobs’ family. And I love how Ashlee constantly encouraged Mara to seek after God, even when it was hard.

I would give a “trigger warning” to those who need it that this book deals heavily with grief, suicide, miscarriage, and depression. It is handled well, but nonetheless, very real.I am impressed with how the book was written to be something you experience alongside the characters instead of just read about. It won’t be a book you quickly forget.There were a couple things that were either abrupt, or not addressed, but life throws those things at us frequently, so it didn’t feel too terribly out of line. I just would’ve liked to have seen a couple more things either talked out or resolved.

This book was provided courtesy of Baker Publishing Group (Revell), through Interviews & Reviews. 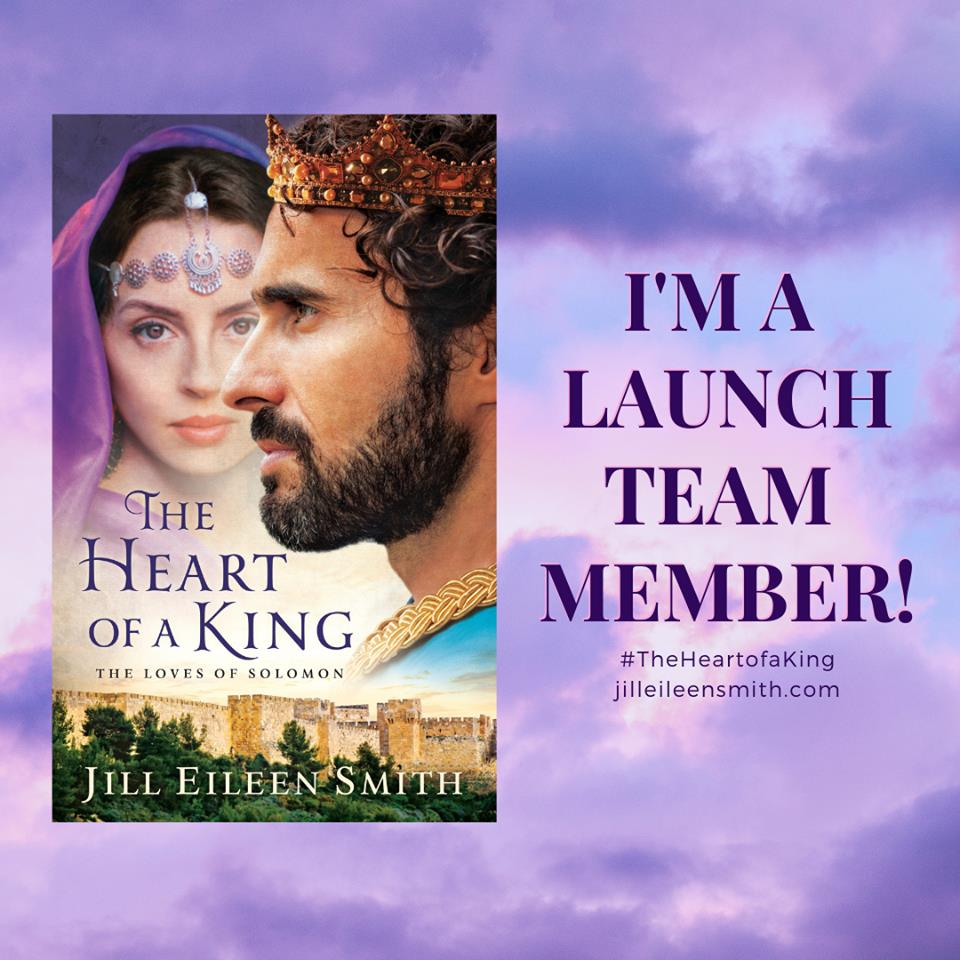