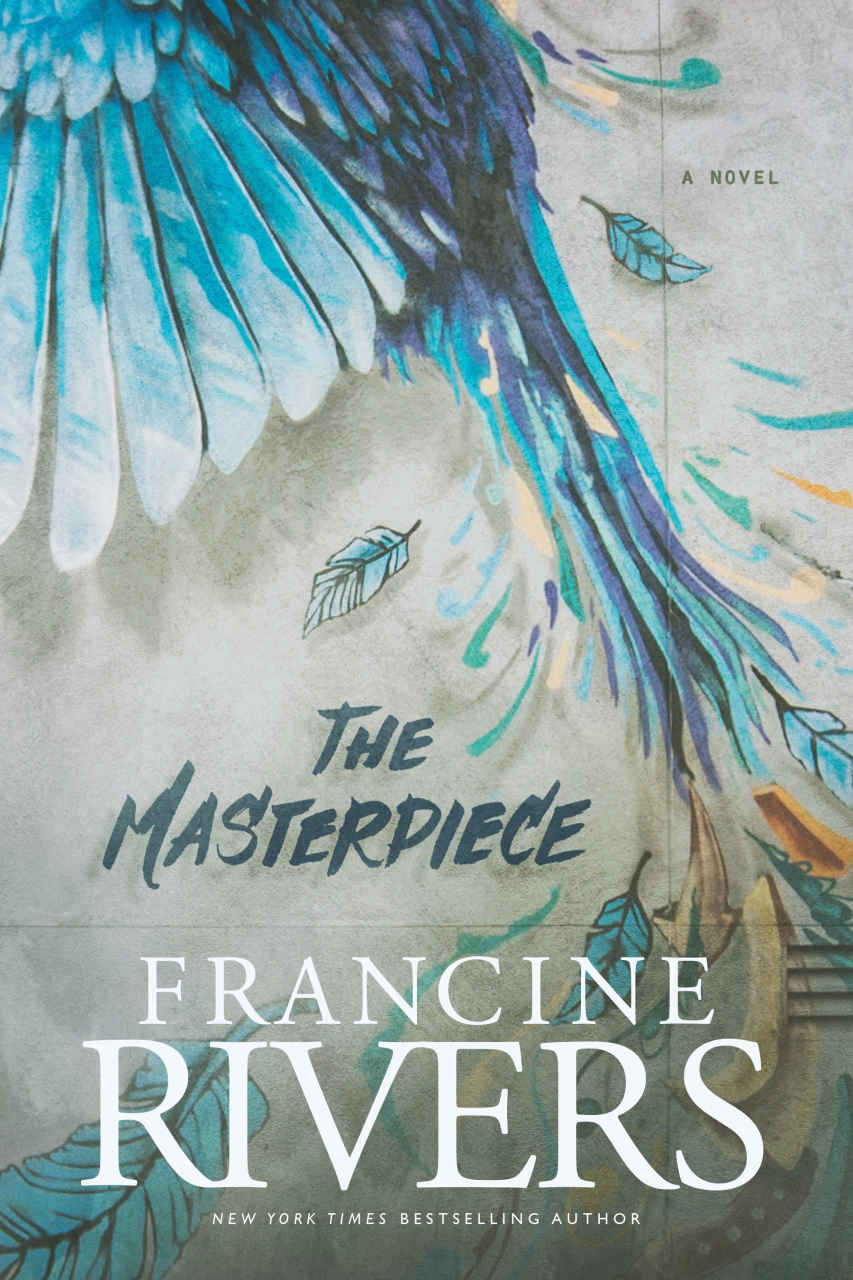 “The Masterpiece” by Francine Rivers
Review copy from Tyndale Publishers
My Rating: 5 out of 5 Stars
About the Book:
New York Times bestselling author Francine Rivers returns to her romance roots with this unexpected and redemptive love story, a probing tale that reminds us that mercy can shape even the most broken among us into an imperfect yet stunning masterpiece.

A successful LA artist, Roman Velasco appears to have everything he could possibly want―money, women, fame. Only Grace Moore, his reluctant, newly hired personal assistant, knows how little he truly has. The demons of Roman’s past seem to echo through the halls of his empty mansion and out across his breathtaking Topanga Canyon view. But Grace doesn’t know how her boss secretly wrestles with those demons: by tagging buildings as the Bird, a notorious but unidentified graffiti artist―an alter ego that could destroy his career and land him in prison.

Like Roman, Grace is wrestling with ghosts and secrets of her own. After a disastrous marriage threw her life completely off course, she vowed never to let love steal her dreams again. But as she gets to know the enigmatic man behind the reputation, it’s as if the jagged pieces of both of their pasts slowly begin to fit together . . . until something so unexpected happens that it changes the course of their relationship―and both their lives―forever.

My Thoughts:
I may not have read  all of Francine River’s books, but I know that, by picking up one of hers, I will be guaranteed an excellent and deeper read.
Right from page one, I was drawn into “The Masterpiece”, and was not keen to stop when life required it. ;)
It is such a realistic read, with real struggles. The author doesn’t tip-toe around the harsher things in life. And yet she still weaves it in a tasteful way.
Both main characters, Roman and Grace, suffered pretty horrible and traumatic childhoods. And our childhood does shape us into how we deal with life as an adult. I feel that it was portrayed very well in this book. Reading about their trauma’s was heart-wrenching. I felt for these characters as if they were real people.
The message of Christ was also very realistically and beautifully shown. It was very poignant, and touching.  I also liked the morals Grace upheld, even when it was difficult. Yes, she’s made mistakes, but all Christians do.  And in everything, she still fought to keep God at the forefront.
Roman’s journey was an important one. I was so happy to see his conclusion, and the things God brought him to. Very cool.
Despite that this is a bigger book, I actually think there could have been a bit more at the end – I wasn’t quite ready for it to come to its finish. However, it was nicely done. Just wanted more, as you do with many a good book. :)
One small thing that kind of bugged me was some of the ways Grace raised her son, Samuel – she was an excellent mother, but she didn’t have a problem leaving him with people she didn’t know after moving to a new place, or letting him cry because he was apart from her, etc. I realize that these are just different parenting-things and different views, however, it is also true that leaving our children to people we do not know, could result in abuse.  That wasn’t included in this book, but it bothers me when people are casual about leaving children in unknown situations. As well as the fact that society (even churches) push parents to leave their kids with others.
Otherwise Grace was a very loving mother.
The graffiti-art aspect of this novel was terrific. I found it very fascinating, and the whole thing just worked together greatly.
I very much enjoyed this novel. :) It was a very powerful book that I look forward to reading again!
*This book is geared more for mature-readers. As I said, the author doesn’t skirt certain issues. Topics of abuse, death, sex, etc. are involved.

7 thoughts on ““The Masterpiece” by Francine Rivers ~ Book Review”